Showing posts from 2015
Show all 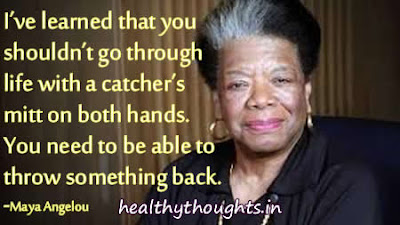 Maya Angelou (or Marguerite Annie Johnson) was born on April 4, 1928. She was an American author, poet, dancer, actress, and singer. She published seven autobiographies, three books of essays, and several books of poetry. She received several awards in her lifetime as well as more than 50 honorary degrees. Angelou is best known for her autobiographical series and the first one in the series, I Know Why the Caged Bird Sings (1969, her life up to the age of 17) won her international acclaim.
(Image Source-healthythoughts.in)
Early childhood When Angelou was merely three and her brother a year older, their parents separated, and their father sent them to live with their paternal grandmother alone by train. After few years they shifted with their mother, where anoth…
Post a Comment
Read more

Is Storytelling Most Powerful Tool for Marketing?

November 07, 2015
There is a famous proverb, “Facts tell. Stories sell”. Storytelling is one of the tools of branding and marketing. Is it a more powerful tool or is it the most powerful tool? Let us take a look.

How Do Stories Work?

Stories inspire action and also connect emotionally & build reputation. Marketing is all about building relationships and by staying back in the memory (or sub-conscious mind), stories help in connecting people & strengthening relationships.
Read Full Article on NASSCOM Blog 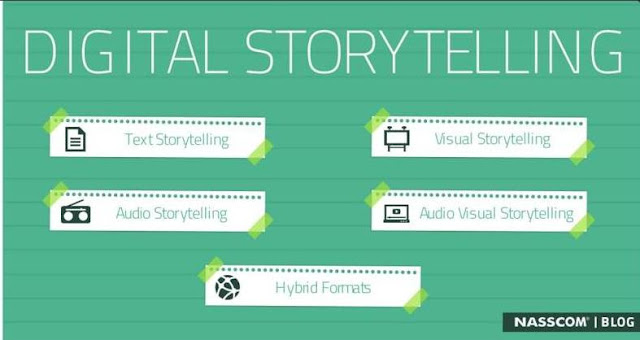 Bryan Kramer, a globally renowned speaker and author says there are no more B2B and B2C, because businesses today are all about H2H or Human to Human. A new wave has begun in the corporate world which is being labeled as the humanization of business.

It is an irrefutable fact that technology often takes away the human interface and that is why technology organisations may be more prone to getting lost in process orientation and loosing the human touch.

If IT organisations take the lead in popularizing digital storytelling, it will not only help them emotionally connect with their consumers but also result in higher sales of their digital products by empowering the digital marketing process itself.

Storytelling is about connecting with people and helping people to see, what you see. Digital and social media have democratized business storytelling, which was earlier a privilege of large organisations (executed through the big daddies of advertising).…
Post a Comment
Read more

"Enlightenment is an Accident" and Other Stories on Wisdom 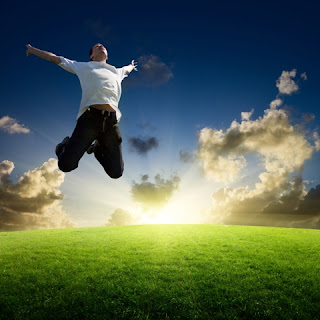 Mini Stories on Wisdom "Enlightenment is an Accident"

"I want to be accident prone, so that one day I can meet with the accident.", she told him.

"Have you gone bonkers once again? Or you are too intelligent for me the ordinary mortal", he looked hapless.

"Why do you take a high jump to conclusions? You need to coach and train your idiotic mind. Enlightenment is an accident and meditation makes you accident prone. Now will 'Your Highness' permit me to be accident prone?" she smiled.

"Success is the funniest and weirdest of all the life experiences. When you finally get it, you begin to wonder whether it was worth it", she was thinking out loud.

She patted herself on her shoulders for all the hurdles she had crossed successfully. She felt self-empathy for all those moments when she had fiercely held all those tears which wanted to break…
Post a Comment
Read more

Marketing is Dead, MarTech is the New Mantra

September 21, 2015
Quotable Quotes and Key Takeaways MarTech, ITC Grand Central, September 3-4, 2015, Mumbai  “With technology penetrating almost every aspect of our lives, this confluence will give a platform for CMOs and CIOs to exchange ideas and collaborate on the future of technology led marketing in India. The forum will generate powerful ideas for the future, identify opportunities for the Indian technology industry and create a platform to align stakeholders around its vision. ”  R Chandrashekhar, President, NASSCOM For the first time, NASSCOM organised an event on Marketing Technology or the confluence of marketing and technology and aptly named it MarTech. I was invited to a Twitter chat with Dave Caroll (of United Breaks Guitars fame) and I found the interaction with Dave exciting. I am a firm believer that learning never ends. In any case, I was flying to Mumbai for the release of my client Vijay Nallawala’s book, “A Bipolar’s Journey-From Torment to Fulfillment” on 5th September, or Teacher’…
Post a Comment
Read more

"Good People, Best People" and Other Stories of Wisdom 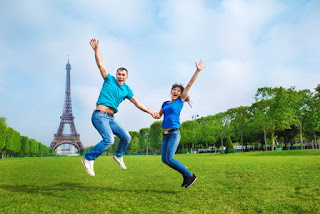 The disciple asks, "Master what is the reward of being a good human being? People have endless expectations from you, they often become posessive and you usually end up getting hurt and used."

The master replies, "Yes good people live life fully and painfully. Good people are like trees with fruits and stones are thrown only at trees filled with fruits. So do you want to avoid being vulnerable by becoming a selfish person?"

The disciple replies, "No master. I am actually confused and need your guidance."

The master advises, "You need to take a decision based on how much risk you can take and absorb. You can choose to be a best yet vulnerable human being …
Post a Comment
Read more 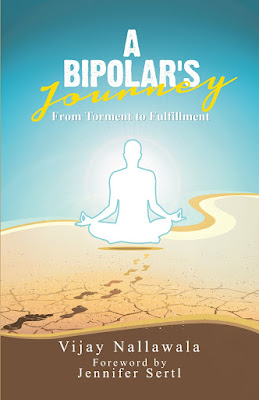 “After a long long time, a book brought tears in my eyes with its empathy evoking storytelling. Few chapters inspired with their authenticity and few filled me with awe because of the courage with which he has shared his struggles and vulnerability. The book deserves to be a bestseller because it proves the maxim, ‘The story sets you free.’ “ Dr Amit Nagpal, Chief Inspirational Storyteller, Enlarge Excel Evolve Blog.
And here is an extract from the book.

In most cases of Bipolar Disorder, the diagnosis takes place well after the condition has taken firm root, at times even years after –sometimes a decade or more. It was difficult to pin point when it began to insidiously grow within me. Of course, there were the bouts of depression in adolescence and a few years later, sporadically. My behaviour then bordered on the neurotic but there was still no alarm, so to speak. It was in the last few years precedi…
Post a Comment
Read more 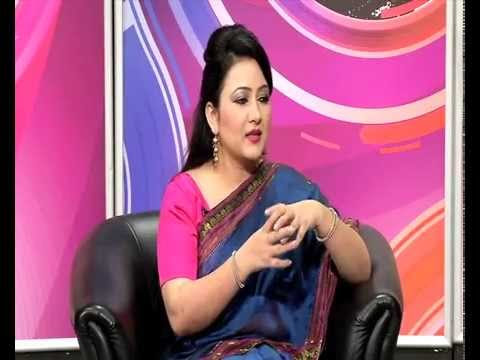 The Founder & the Vision During her eight years of employment at India’s best hospital “AIIMS (All India Institute of Medical Sciences, New Delhi)”, Dr Nupur Gupta was exposed to the best in terms of medical care and technology. Thereafter she began her private practice and established ‘Well Woman Clinic’, at Sukhda Hospital, New Delhi and later in Gurgaon in 2010. The vision is to provide holistic wellness healthcare to Indian women. Dr Nupur says, “My long term goal is to popularize preventive gynecology in a more structured way by franchising my 'Well Woman' brand and taking it national with help of an investor. My ideal team consists of a Nutritionist, a Life Coach, Fitness expert, Psychologist and a Women Health Imaging professional, besides paramedical staff and health insurance support of course.” Jahan e Niswa show on Zee Salaam with Dr Nupur Gupta Active at the Activity Front The activities being undertaken by the clinic can be divided into two groups viz. primary a…
Post a Comment
Read more 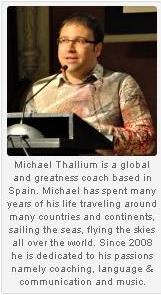 This is a monthly column on becoming a great human being and has two opinions on the subject from eastern and western parts of the world namely Dr Amit Nagpal from India and Michael Thallium from Spain. If you wish to read more articles on this topic, please visit The Joys of Teaching by Dr Amit Nagpal. - See more at: http://www.michaelthallium.com/en/2012/04/24/la-consciencia-nos-engrandece-dos-opiniones/#sthash.2BSoLmFO.dpuf