5 Megatrends for the Techade

Technology Sector in India 2020- The New Decade Strategic Review (Techade 2020 -2030)
Research Report, Nasscom Research Robots in every upper class colony, smart devices in every home and office, clothes connected to the internet, self driving cars on every road and wearable devices in every third hand. The next decade looks somewhat like this and India will occupy the centrestage in the new Tech world. Exciting. Isn’t it?Nasscom Research, the thought leadership arm of NASSCOM focuses on understanding and predicting future opportunities for Indian tech industry, highlights Indian tech innovation stories and closely tracks Indian tech industry performance. It releases 30-40 reports every year on a range of topics from future of work to deep tech, from tech startups ecosystem to digital transformation, from enterprise tech to industry tracking & forecasting and from technology trends to performance metrics. NASSCOM Research, released its report on the strategic review of the techade a…
Post a Comment
Read more

Here are 20 Interesting Facts about Khajuraho and its Temples:-
Fact 1- The City Khajuraho was an ancient city in the Madhya Pradesh region of northern India. From the 10th to 12th century CE it was the capital of the Chandella kings who ruled Bundelkhand.
Fact 2- The Name The town's name, anciently "Kharjuravahaka", is derived from the Sanskrit word kharjur meaning "date palm". Some people believe that Kharjuravāhaka means scorpion bearer, which is another symbolic name for deity Shiva (who wears snakes and scorpion garlands in his fierce form).
Facts 3- The Temples The Khajuraho Group of Monuments is a group of Hindu temples and Jain temples in Chhatarpur district, Madhya Pradesh, India, about 175 kilometres (109 mi) southeast of Jhansi.
Fact 4- The Survivors Historical records note that the Khajuraho temple site had 85 temples by the 12th century, spread over 20 square kilometers. Of these, only about 25 temples have survived, spread over six square kilometers.
Fact …
Post a Comment
Read more 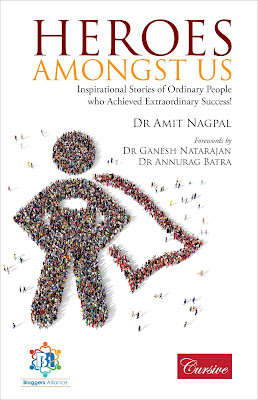 Prologue
This book is about stories of ordinary people who went on to do extraordinary things.

The objective is clear and razor sharp: to inspire readers especially who belong to the blogging community. We have included stories of people who talk about their challenges at various stages of life and how they overcame these challenges to become successful. Readers can co-relate with their own struggles and draw inspiration from these real-life situations.

Building Global Bridges
You might be wondering why we chose thirty two people across six countries. The human story has the same vulnerability everywhere and people go through similar struggles, experiences, emotions, successes, failures; it’s the same roller coaster rides. From USA to Africa, from Australia to India, we have the same longing for love and belonging. To build global bridges between cultures,…
Post a Comment
Read more 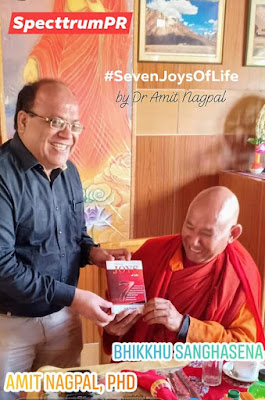 "Meditation is experiencing Buddha-hood within oneself.
Compassion is spreading the fragrance of Buddha-hood in all directions." -
Venerable Bhikkhu Sanghasena


Sanghasena noted, “Media needs to focus more on inspiring stories of people who are working for social change and pressing global problems such as climate change and melting of glaciers.” He conveyed his best wishes to the Bloggers Alliance team and empahsised on the importance of coverage of positive news.
The monk is admired globa…
Post a Comment
Read more

Save the World, Heal the World International Blogging Contest

June 19, 2019
Save the World, Heal the World International Blogging Contest (jointly organized by Bloggers Alliance, Save the Himalayas Foundation and Specttrum PR)
Entries are invited for international blogging competition from students and working professionals on the following themes:-
Save the Himalayas to Stop the Climate Change Heal the World, Save Mother Earth (UB SDGs, Sustainable living, 3P, Pollution)
Rules and regulations 1)The entries need to be in English language only. The word limit is 600 words. 2)Student Category You need to submit a proof of pursuing a full time course Age limit- 30 years 3)Working Professionals category Age limit- No age limit 4)The blog needs to be published on your blog/ LinkedIn or Medium and the link needs to be shared with us. 5)In case of more than 15 % plagiarism (including quotes etc) the entry will be disqualified. 6)To know more about prizes, visit this link www.amitnagpalstoryteller.blogspot.com 7)Incase of any queries, please send an email to president@bloggersallia…
Post a Comment
Read more

An Uncomfortable Soul- A Short Story

Once again she has started talking to herself. It’s her‘alone-time’ when thousands of thoughts are crossing her mind. All those questions that include ‘Why me?’and every situation that made her feel bad is flashing from the past.She has a bunch of people around her. Those people who have different mindsets, different goals, and different approach towards life.
May be she builds stronger bonds with lesser people. She is questioning herself, “Is it worth being here?”May be she doubts because,in this temporary world, she still believes in profound talks and eternal relationships. Not just her life revolves around building connections rather she believes in living them.
People often perceive her as one with detached persona.But she is a human with reserved emotions who takes a while to truly open up.She hardly discusses her emotions except when she feels she has built a strong enough connection with a person. No doubt, socializing is a difficult task for her. And for a person like her who i…
Post a Comment
Read more 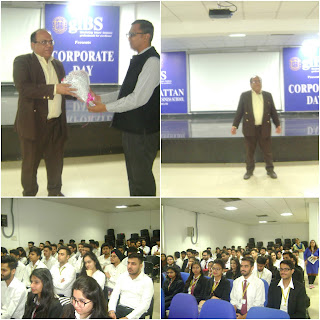 If you read the LinkedIn posts of CEOs and CXOs, if you go through the MBA curriculum or if you attend management conferences, you feel that creativity seems like a neglected child in the world of management and leadership. Everybody seems to be focused on leadership, business goals, process orientation and intrapreneurship at the most. What about creativity? My purpose is to write a thought provoking blog on whether we are giving creativity the place and respect it deserves in the management domain.

In marketing and advertising domain, creativity has been talked about and given its due share of attention. But what about HR, Finance, Operations and other management domains, don't they need creativity?

Will Creativity become the most prized management skill?

Creativity is certainly going to become one of the most prized management skills in the days to come, if not the most.