March 22, 2011
Carrot and stick approach means combining a promised reward with a threatened penalty, in management jargon. An average human being needs a combination of carrot and stick to push him and motivate him to work. The ratio of carrot and stick to be used depends upon the individual’s maturity, inner drive, company culture and a host of other factors. People with self respect would not be able to fit in with a culture where there is too much stick and too little carrot. Too much carrot and too little stick will fail with immature and lazy employees.
People who have high achievement orientation work for their own learning, growth and ambitions, the inner drive motivates them to work and they do not need much of external carrot or stick. They keep the carrot of ‘achievement’ forever dangling in their mind.
Once I was joking with my students that an average person needs to have a carrot dangling in his front and a stick hanging at his back. If carrot does not motivate him, he should be beaten with the stick. In my opinion, punishment is fundamentally negative way of motivation and should be avoided as far as possible. Not getting the reward is in itself the biggest punishment, and other punishments are unnecessary.
Some people also say that this phrase comes from the figure of a carrot on a stick. In this case, the driver would tie a carrot on a string to a long stick and dangle it in front of the donkey, just out of its reach. As the donkey moved forward to get the carrot, it pulled the cart and the driver so that the carrot would always remain out of reach.
One needs to remember that a stick can result in high quantity of work but may not result in high quality. The carrot is more likely to generate high quality as the employee is more likely to put his heart and soul in the task. Though if the carrot itself encourages incentive based on quantity (of sales for example), then the carrot would also encourage quantity and not quality.
I think that people are naturally motivated by "triumph" and like to avoid "failure" It feels better to win a race, than trying not to lose. One needs to be careful that one should not put people into such a habit that they don’t do anything (even basic duties) unless there is a reward.


In his book, “Punished by rewards”, Alfie Kohn argues that while manipulating people with incentives seems to work in the short run, it is a strategy that ultimately fails and even does lasting harm. In fact, the more we use superficial enticements to motivate people, the more they lose interest in what we're bribing them to do. Rewards turn play into work, and work into drudgery. He says the solution to the problem is to convert “Work into Play’ (make people enjoy the task) and the people will have no need left for rewards. Thats why I always say a mature organisation has to move from a culture of pressure to a culture of passion. 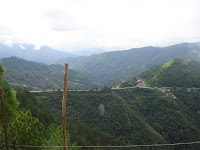