May 08, 2013
Click here to add this blog to your feed and you will not miss out on any story

For Day 8 of the 3E Story Blogathon, the author of 14 books and well known personality, John Murphy talks about a childhood situation where he he had to decide whether he wanted to be victim or champion. And he made the right choice, which made him what he is today. 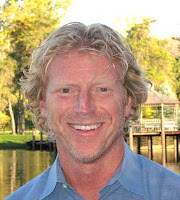 When I was in high school, I experienced a devastating accident. I was working on a lawn crew and I cut my foot severely with a lawn mower. Six days in the hospital and ten hours of surgery later, I was told by an award-winning, internationally-renowned surgeon that I would never play football again—a passion of mine at the time—and that I would be lucky to walk again without limping. I wept with grief and remorse. At age 17, what was I to do now?

The year was 1977 and in those days lawn mowers did not have many of the safety features they have today. Perhaps I could argue that it was the lawn mower manufacturer’s fault? In a very litigious society, there are certainly many who might agree. Maybe it was the homeowner’s fault? After all, she asked me to cut down a stretch of tall field grass along the side her house. This was not part of our original deal and the tall grass was full of rocks, one of which I tripped over. Maybe I could blame the rock? Or maybe I could blame the surgeon or the work schedule or my shoes or the stars?

Truth be told, I owned it. It was my foot, my doing, my life. It was my choice to play victim or champion. I stood at a mystical fork in the road called life and I had to decide which way to go. I chose ownership. I opted to take charge and be responsible for moving forward in a positive way, not wallowing in grief over something I could not undo. This road made all the difference. Three years later, I was playing football for the University of Notre Dame, tapping a sign on Saturdays that reads “Play like a champion today.”

Peak performance requires mental, physical and emotional ownership. Mind, body and soul must be focused, aligned and passionate about stepping up and delivering results. There is no room in this equation for procrastination, doubt, excuses, blame, denial or resistance. We have to take charge. We have to raise our hand. We have to volunteer. We have to visualize success,focusour efforts and make a commitment. We have to be responsible, set an example and make something happen.

Many of my clients struggle with taking ownership. Organizationally, culturally and individually, there is often a tendency to shift responsibility, deny accountability, rationalize waste and point the finger. I see it all the time. It exists in business, government, education and health care. It is as if the senior leadership is inviting people to take a risk and step up but relatively few proactively accept the call, including many people already in positions of management and leadership! It seems they would rather play it safe, standing on the sidelines instead of getting into the game. What is holding them back? Is it fear, insecurity, doubt or disbelief? Is it ignorance, pride or ego? These are questions every leader must contemplate because without a true sense of ownership, the organization is paralyzed. Fear and blame are disempowering energies. Ignorance and ego are limiting factors. We need ownership to overcome these self-imposed constraints. Successful people know this and do something about it. It has certainly made a big difference for me and the thousands of people I have been able to coach as a result.
---------------------


Recognized as an international expert on leading culture change, John Murphy helps organizations address this issue head on. The author of 13 books on related topics, and a guest on over 400 radio and television stations, Murphy teaches leaders worldwide how to integrate the culture piece (of OE) with the systems, structural, and “tools” components.
John Murphy has written an interesting book on this subject, Beyond Doubt : Four Steps to Inner Peace. book "Beyond Doubt" was selected as "Editors Choice Best Inspirational Book of 2010" by Allbooks Review in Toronto, Canada. His 14th book Zentrepreneur is releasing shortly. The nook combines two powerful practices: the art of positive thinking and good ideas (Zen) with the discipline of turning ideas into results by taking risk and action (Entrepreneurship). Learn more about John here. You may also visit http://www.venturemanagementconsultants.com/
------------------------
Related Posts
3E Story Blogathon Week 1 Preview
3E Story Blogathon
Mega Success Through Storytelling on Social Media
Beyond Doubt blame game empowerment football John Murphy soccer venture management consultants victim or champion Zentrepreneur