May 15, 2013
Click here to add this blog to your feed and you will not miss out on any story 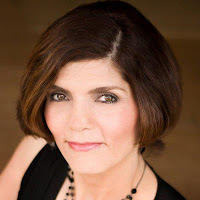 “It is not the strongest of the species that survives, nor the most intelligent, but the one most responsive to CHANGE”

This is my story of adapting to change.

I got to be what I wanted to be when I grew up.

From the time I was little, I enjoyed questioning the world around me. I grew up to be a scientist, just like I wanted! How many people can say that?

I wish I could say science and I lived happily ever after, but that’s not what happened.

The biotech company, where I worked in research and development, ran out of money and closed its doors. Chances of finding employment elsewhere were slim because:

2) Larger biotech/Pharma companies either scaled down their R&D efforts or out-shored these efforts overseas.

I had two choices, either to wait for things to get better, or find something else. I chose the latter.

Not all open doors are created equal

While working in the biotech scene, I had gained some experience writing patent applications, and found patent work quite intellectually stimulating. Soon after I was handed a lay off notice, I started studying for and later on wrote and passed the patent bar exam, which allowed me to look for work in patent law firms. During one job interview, I was told directly by a hiring manager that being in a position of having to deal with childcare made me an unreliable proposition for a law firm. I came to the ugly realization that the legal field was not probably the best choice for me, so the search for a better place continued, I moved on.

The road to salvation is not a straight line

In an effort to lead a semi-balanced life, I decided to try running a business from home. Here I was, a nerdy scientist who lived life as an introvert for many years, trying to learn how to start, run, and market a business. To the disbelief of everyone around me, I decided to join a network marketing jewelry business. I did so because I felt I needed a low barrier opportunity to leave planet nerd, get out of my comfort zone, and learn how to be outgoing. Towards that goal, I entered the business networking scene, but to my dismay, I found the environment as unwelcoming to family commitments and motherhood as the legal industry. However, this time, I set out to create an environment where I set the rules. I established a mom-friendly business networking/education organization, which I called Mom Business Associates (MBA).

MBA grew rapidly. I got coverage in the San Diego Business Journal and other local publications, and expanded my efforts to 4 chapters in Southern California. Out of MBA was also born my next adventure, the Moms in Business Unite (MIBU) Conference, which was founded by myself and four amazing moms who were MBA members.

Through my various ventures, I learned a lot about traditional and online marketing. including social media. I loved social media because it presented something that I found magical: It was very similar to doing scientific research. There was always something new to learn, it required a lot of trial and error, and in some ways it was really geeky because it was somewhat data driven. After 4 years of searching and trying different things, I found what I wanted to be when I grew up for the second time. I decided to focus my efforts on social media education, consulting and management, and Captive Touch was born! 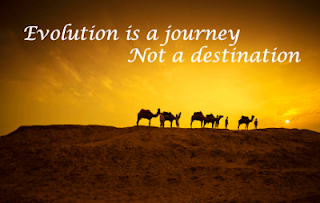 Evolution is a journey, not a destination

So, what is the lesson here? If you find yourself in a position that turns your life upside down, know that you are only limited by the boundaries set by your comfort zone. Embrace that fact that the only constant in life is change, and that your evolution is a journey, not a destination.
--------------
Sherry Nouraini is Founder/President of Captive Touch, a social media education, consulting and management agency. She is also the Founder and Host of Open Social Media Initiative, a weekly live broadcast where she and her colleagues provide free and open education on the art and science of social media. Sherry also teaches marketing via social media at University of San Diego Extension.
Twitter
Facebook
Google Plus