The Accidental Entrepreneur Who Soared The Skies

For Day 10 of the 3E Story Blogathon, Janet Amirault shares her story of how she became an entrepreneur by accident, and later received several awards too.She also shares her childhood and values which played a critical role in what she is today. 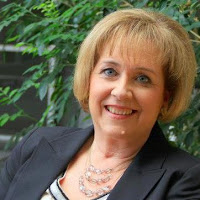 When I was about 14 years old, my father told me that I could likely be a “gal Friday” managing an office. He visualized a doctor’s office or something similar. In the late 1960s these would have been the only powerful professional women that he would have encountered. My mother had grown up in Germany, during World War II, and felt that a woman’s place was in the home.

My view was that I was going to work for a living. I worked around the clock - at school, as a near straight A student and in fast food, so that I could afford college. The disciplined habits of learning and work have stayed with me throughout my life.

At 16, I subscribed to Ms. Magazine. It opened my eyes to the legal and societal barriers that lay ahead in my journey as a female. It helped me to set realistic expectations. My father, also an avid reader, always read the magazine before I did. He supported me with my choices. My mother always worried that I did too much.

In the 1970s in the U.S.A., Gloria Steinem and others were leading the women’s movement. Barriers to women were primarily credit, promotion, equal pay for equal work and respect for our contributions.

In my 16th year, I read Jonathan Livingstone Seagull, a story about a seagull seized by a passion for flight. He pushes himself everyday to learn everything he can about flying. Since he refuses to conform to the written rules governing the flock, he is ostracized. On another plane of existence, he gathers others around him who have been ostracized for not conforming.

Armed with this work experience and vision, I went into the corporate world and rose up the career chain. My primary talent was the ability to explain complex topics easily while engaging teams of other non-conforming technologists to deliver systems large and small.

One day, when confronted with unethical business decisions in a large bank, I chose like Jonathan to finally leave the corporate flock of office cubes. Seeing people choose to benefit themselves rather than choose to do what was best for the company, I asked to be laid off from my job. At the time, I was the primary wage earner and 3 months pregnant with my second child.

As a result of leaving the flock, I chose to join a small company to see if I could make a difference with a small yet more entrepreneurial firm. For 18 months I worked with this first time entrepreneur to professionalize our services for our corporate customers. He asked me to become his Chief Operating Officer. We negotiated for six months. I refused any additional compensation and insisted on the right to give back the job.

Three days after the announcement of my promotion, the founder had a heart attack. In the next few months, he was in the hospital 14 times as the heart bypasses failed. I was thrust into the role of COO and CEO, and focused on learning sales and marketing. In the first year, I drove our first profit, while increasing sales by 10%. And 18 months after thriving through the crisis, I agreed to become the managing partner and run the firm.

For 8 years, I learned to set a vision and build a team that believed in serving clients and consultants in win-win ways. It was far from easy, but the business was growing geographically and financially.

And then disaster struck me. I had a major stroke caused by a genetic anomaly. The stroke left me without the ability to read and write, and with only 100 words that I could speak in two word sentences. I had no short-term memory and had lost a host of long-term memories. The health emergency of the former CEO had prepared me to create self managed teams. I was very aware of being the single point of failure, so had set the stage for continuing the firm, with or without me.

After 6 weeks of disability leave, I returned to the firm with more than one disability. At the same time, I learned from everyone and every research study how to recover all of my functions. I am now in the 10% of those who have a stroke who fully recover. I received the honor of being the Small Business Administration’s Small Business Person of the Year in Maryland based on financial results as well as the Innovator of the Year, due to innovations we delivered for clients. Only 1.6% of USA women owned businesses break the 1 million dollar barrier and we are in that select group.

My children are the most important people in my life. Like my father, I have sought to nurture their talents and encourage their professional dreams. As Richard Bach writes in Jonathan Livingstone Seagull “Don’t believe what your eyes are telling you. All they show is limitation. Look with your understanding. Find out what you already know and you will see the way to fly.”

---------------------
Janet Amirault is CEO, Software Consortium and is based in Baltimore, Maryland. Software Consortium is focused on helping clients develop software solutions, serving the private and public sector. Janet, as CEO, was awarded Small Business Person of the Year in 2012, has been featured in the Washington Post, Inc. magazine, SmartCEO for her and her team's accomplishments. Learn more about Janet here