What Really Matters ~ Lessons from my Childhood

May 02, 2013
Click here to add this blog to your feed and you will not miss out on any story 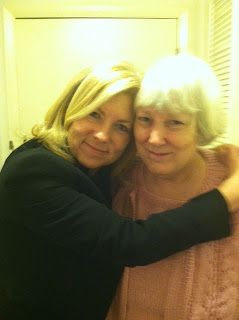 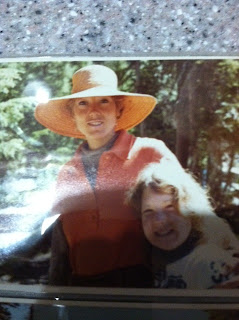 For Day 2 of the Story Blogathon, Jennifer Sertl shares a touching story about her childhood struggles and the impact of the struggles on her as an adult.She tried to learn from the dragon of mental illness. A very inspiring story about the strength of the human spirit.

I am a reconciliation of spirits. My father was a surgeon and my mother an artist, both in painting and in playing 12 different instruments. They divorced when I was ten and it was good that they did because there was always this tension between raw intellect and raw expression and at one point you might think intellect would win, and in the end raw expression had more endurance. I say this as my mother has the dragon to slay called mental illness. When she was younger she didn’t always take her medication. As a result she had three suicide attempts that I know of. As a child I was very angry at her attempts and can remember at one point even wishing she would be successful. Not because I was a cruel child, but because it was so hard not knowing if she was stable or present or safe or alive. The anxiety of “not knowing” and “worry” was very painful. The irony here is that my father - while being as present and stable as a rock and might I add also as emotionally impenetrable as a rock - was killed in a car accident when he was 44. In Wyoming they have a saying “when the wind stops, the cows fall down.” I had no idea how much my anger and fear of my father was like the wind - so when he fell, it was a complete shock. I had no idea how I was buoyed by my resistance to his presence. See I thought my mother was fragile. I had no idea how life would teach me otherwise.

I am writing this now for two significant reasons. I am turning 44 in just a couple of weeks and am facing what many of you have already faced- the question of “will my life transcend my parent’s fate?” It makes me very reflective of what I have learnt from my childhood. The second reason is that many people who survive cancer wear a band of their pride in surviving - there is a celebration of strength, resilience and community; there is not such zeitgeist for those with mental illness. So with Mother’s Day and my birthday approaching I felt it would be both cathartic and helpful to share how much I learned from my mother’s illness.

Here is what her dragon taught me:

1) I learned that one’s core has nothing to do with money or things. Three times in my childhood, my mother was homeless and lost everything she owned - pictures, instruments, books. Three times that I know of (and probably many more) she rebuilt her life. I have never worried about money or fundamental survival as she was such a strong beacon of being herself regardless of what she owned.

2) I learned that reality lies within not without. As a child when I visited my mother in the hospital I would interact with many other patients that were a bit “out there.” Because I was too young for shame - I had no problem jumping into character and having fascinating conversations with people with wild imaginations and who being in character was true emersion. As an eight year old, I remember the day and the time when I was sipping chocolate milk getting ready to play another round of ping-pong and said to myself “All these people truly see the world differently - let me put my mind down so I can go play with their world.” What a gift, many adults have to learn that reality is a perception. I kind of grew up backwards.

3) In the end art transcends intelligence. My mother is now in her sixties and I would say she is thriving. She has a wonderful husband who ensures she takes her medicine and gets continuous care. They live a very modest, very meaningful life. When I see her now, I see a mirror. I see how much she and I look alike. I see how much of my work has become art and expression. In my thirties I was an executive coach and it was very important for me to work with very smart people and there was an oxytocin rush when I would be asked real juicy strategic questions. Some of my motivation came from a place that was out of fear “if smart successful people need my strategic help I can prove that I am sane and intelligent, too.” I am not proud of this, however it was true motivation. In my forties, I am finding that the insights that I get come from grace of inspiration that is much more about art and the imagination than intelligence. I still get that oxytocin rush of being asked really juicy strategic questions, however, I am really more interested in making a difference than making an impression. Tweet This 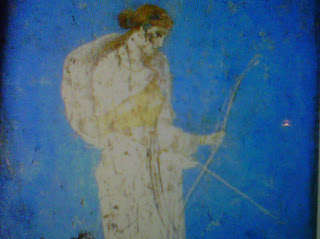 Jennifer
----------------
Jennifer Sertl is a World champion of organizational & individual agility, Beacon of hope. Purveyor of discipline. Global Citizen. Transleader. Coach. Facilitator. Co-Author- Strategy, Leadership & the Soul and Founder of Agility3R. Her firm is dedicated to IT leadership, where she runs IT leadership roundtables. Her works have found mention in both Forbes & Harvard Business Review. She is also a thought leader in corporate consciousness-the convergence of neuroscience & existential philosophy fostering inspiration and subsequently creating strategic advantage and enhancing value. She is an internationally respected author, keynote speaker Learn more about Jennifer here.