Lessons in a Liquor Store

May 12, 2013
Click here to add this blog to your feed and you will not miss out on any story 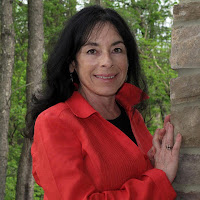 My Ordinary Hero’s Journey though this lifetime, like everyone’s, has been to remember my ‘purpose’. I scratch my head wondering, “Now what was I thinking before I came into 3-D? I know I had a plan – my raison d’être – carefully thought out, much like when one decides to go on vacation: when, where, how and why.”

Like most humans, I spent the first 30 years or so clueless, just having earthly experiences - from the sublime to horrifying - learning my way around the life on Earth.

When I was 21, I found myself married and living in Southern California owning/operating a liquor store in the worst part of Pasadena. It was a sitcom, “Pollyanna Goes to the City”. I had no idea that there was a difference between vodka and gin. I had no concept of one-hour motels. I had no idea of abject poverty. Yet, there I was dispensing daily vices to folks living on food stamps and scams. A funny place to find myself having grown up in a rural middle class lifestyle which knew enough, if not plenty; kindness, if not love; and education if not wisdom.

Never having been in business before, my learning curve was vertical on advertising, marketing, employees, products, bookkeeping and accounting equally with human nature. I was literally thrown into the deep end of the ocean.

Every day I opened, the store at 6 am. To my dismay, there would be street people, whom I had never seen before, sleeping in the doorway waiting for me to open so they could buy their pint of Thunderbird for sixty-nine cents. They were unwashed and unkempt; and smelled badly. To all outward appearances, they were frightening and useless. Yet, every morning I saw them much as you might see the characters in your play: the bus driver, the valet who parked your car, the barista at Starbucks…these were the characters that greeted me each morning. Later on, the working folks stopped by for their lunch sandwich, morning beer, whiskey and cigarettes. I was a stranger in a strange land.

I didn’t realize it at the time, but these were my teachers in disguise. So initially I approached them as though they had everything to learn from me. I knew a better way to live; obviously they did not. I felt duty-bound to help.

I listened to their stories. I offered compassion and love. I passed out NA and AA cards. One Christmas I delivered a fully decorated Christmas tree to a house that I knew had no money, no father and no hope for a Christmas. I gave and gave with no discernible progress. The parade of desperation and broken people seemed endless.

At day’s end, I would go to my home – safe and warm with plenty of food if not so much love now – and write in my journal, asking deeper questions about life. How does it work?

Then one morning, a man that waited for me each morning made a comment, “Everyone makes their own life.” My head swiveled about. I’d heard the answer to my question from this seemingly pathetic creature. I started to ask him more, but he winked reverting back to his street person persona and incoherent ramblings. But I had heard him.

As days went by, I continued writing my questions in my journal and with increasing frequency I heard them answered through various people throughout my day. I pondered this phenomenon. How do they know what I needed to hear?

I provided sandwiches and milk. When I learned humility, others provided me with direct answers from the Universe. I learned that we are all in this together for our Good.

It only looked like I was running a business; I was remembering my purpose - Applied Spirituality™.

---------------
Kathy Kirk, Consciousness Bridge and Creator/Founder of Applied Spirituality™ - a body of work synthesized over 30 years observing the Human Spirit interface in the body/mind and its application/effects in Life to understand how we create our physical reality naturally. A graduate of Cornell University, she is an author of two books, Well Done – A Story of Applied Spirituality, and The Earthling's Quick Start Guide. Kathy is a powerful and inspirational speaker to diverse groups and host to A New View of Life Radio Show. She gives Seminars and Workshops and does group/private coaching. Mother of two grown sons, she lives in Medina, Ohio. www.appliedspirituality.com
Facebook Page; Twitter; LinkedIn; A New View Blog