How I Discovered my Deepest Passion? by Deborah Biedronski

For some of us writing is just putting words on a piece of paper, but for others it is releasing our souls! 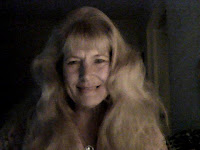 When Dr. Amit asked me to write this blog I wondered what I would be contributing. Writers do have a reputation for insanity! Being older and wiser I have learned through my education that families in the seventies raised their children basically on the Laws of Attraction. This style of parenting limited my growth in self-esteem and intimacy. My Christian up bringing limited my passions, in respect for honoring my mother and father, limited by The Holy Bible.

This reading led me to a poet named Rod McKuen, of the 60’s and his intensity for writing about love. With my Father practicing restraint and my Mother pounding all the Laws of Attraction, my education as an A student did allow me the capabilities to realize I was a “ticking time bomb”. Feeling it was wrong to act on any of these feelings or affections.

Influenced by Mr. Buckman, my fifth grade teacher, who saw my desires but limitations insisted I enter a writing contest. I found it very easy to pick a subject that day…boredom! I had advanced already a grade in school, was always scolded for talking too much and with all the A’s my parents always read on my report card “Debbie talks too much”. I expressed my boredom by thoughts while looking out the window and writing my entry in fifteen minutes and winning! That was the beginning for me thinking, if it was that easy to be a winner that’s what I wanted, actually limiting my thoughts to financial gain. From that point on a pen and pad were always with me, knowing the value of commitment. It took away the talkative remarks and gave me great recognition through my years. It expressed my deepest feelings whether happy, sad, mad or in love! The more trials and tribulations I had the better my writing broadened and excelled.

Rod Mc Kuen grew as I grew, taking away my heartache as I grew up with him and shared his imaginative dreams and expanded on my writings.  I started writing about everything that happened in my life! Perception of people, places and things later inspired me as my education grew. My poetry blossomed when I blossomed in love, it snowed when the weather became cold or a breakup or a death occurred. The worst parts of my life inspired my writing the most!

The negative aspects of writing are the concept between realism and fantasy (fantasy wanting to replace a void constantly and always insisting on a “happy ending”. This destroyed many years of my life but opened my soul to endless writing possibilities along with my career path of Equal Opportunity Employment. Being a woman of many firsts in the field of employment in a man’s trade, from climbing telephone poles, installing cable, breaking concrete, and building homes to name a few.  Monetary gain was an important in my life due to challenges of raising a daughter on my own after a failed marriage (due to husband in jail for rape).

My life was in the red zone, still not knowing anything different than Laws of Attraction. After spending 20 more years in a relationship until it crumbled and left with no self-confidence, I learned social networking through another instructor who insisted on a Facebook page. Twitter followed.  With such access to the world I found an app called the Guru and a man with patience beyond belief! Psychology taught me that real change does occur from emotional trauma. Monetary gain flows at my pace now and has myself reanalyzing my personal life, learning that passion can unlock prosperity and struggling subsides with leaving the mind and moving onto the soul ( with a new daily quest without limitations)