No Stereotyping Please, We Men Hate it Too

April 21, 2011
(Dedicated to my school classfellow Amit Gupta, who became my soul friend and like a family member)

What exactly is stereotyping and why do we do it?
A stereotype is a popular belief about specific social groups or types of individuals. Stereotypes are standardized and simplified conceptions of groups based on some prior assumptions. In some ways stereotyping is done to simplify the process of judgment or decision making. For example there is a stereotype that Americans like straightforward talk and informality. This knowledge may be helpful in dealing with Americans but one needs to be cautious that 100 % Americans are not like that. So before stereotyping, one needs to observe and take time in drawing conclusions (and crosscheck the stereotype before applying the stereotype).
The rise of feminism has been basically against stereotyping of female roles in society; for example a female should take care of housework, females need not study too much, females are not suitable for certain jobs and so on. The modern woman is full of fire, even if you hint of a stereotype. But is it only the women who suffer due to stereotyping? Are'nt modern (metrosexual) men also a victim of stereotyping?
I think today’s metrosexual man is as much a victim of stereotyping as a woman is. He has become a babysitter, he works with his wife in the kitchen, he takes care of his in-laws besides his parents yet he suffers in so many ways due to stereotypes. He is not supposed to be romantic and is always suspected of looking for sex. Authors like John Gray (Men are from Mars and Women are from Venus, Are they always?) have stereotyped, “Men give love to get sex and women give sex to get love.” Many men (and women too) can find this very irritating.
The western world has become much more sensitive to gender issues and stereotyping. I often notice that feminine traits and masculine traits are described more as qualities rather than gender stereotypes (by westerners in online and offline discussions). Osho popularized the concept of each individual being a combination of masculine and feminine qualities (though my friend says the concept is described in ancient Indian literature of Upanishads). I jokingly say, “We have four genders today. Masculine Men, Feminine Men, Masculine Women, Feminine Women.”
Is it not painful for a dutiful man (who often sacrifices his career for the sake of parents) to hear such poems?
“A son is a son till he gets his wife
A daughter is a daughter throughout her life”
Whatever he may do is taken for granted and whatever a daughter does is glorified (since nothing is expected out of her.) A friend told a very interesting incident. A gentleman was issued transfer orders (alongwith promotion) from Indore to Mumbai by State Bank of India. He consulted with his mother and she advised him not to relocate. Consequently he told his boss that he was ready to resign but not ready to relocate. The boss was puzzled and asked him the reason. He said frankly that it was his mother's advice and he does not question his mother. The boss decided to cancel his transfer (and promotion too).
The times have changed in so many ways. The metrosexual (and not macho) man has arrived. There are sensitive, emotional men too who may not be macho (nor do they desire to be). But a man is expected to be macho, he is not expected to cry and is rather expected to brave everything like an emotional rock. On the other hand the concept of house husband is gaining popularity in countries like USA.

But it is also true that lack of clarity of roles is creating a confusion in the society. There was an article in 'The Times of India' (an Indian newspaper) stating that many working British women want to become housewives and feel clearly defined roles are good for family happiness (which means clarity of expectations and responsibilities)
So dear readers, let's define our roles in our families and society after discussions and mutual understanding with minimum of stereotyping. And I request the women readers to remember, “No stereotyping please. We men hate it too.”
_______________________________________________ 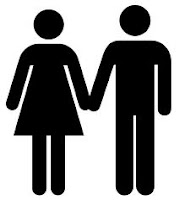