A student of mine told me, “Sir, you think too much.” Well, if you have friends like David, what else can you do? David is the author of the famous book, ‘The Thinking Corporation’ and encourages even corporations to think, forget about people.
David Frood is also the Founder and CEO of the Thinking Corporation management consulting, Sydney, Australia. The motto of the company is, “Enabling Innovation for Corporations”
David forces his audience to think, no wonder the ‘Think’ company IBM is among his major clients. We share many common interests like walking, travelling and learning. David is a firm believer in God and says, “God understands our prayers even when we can’t find the words to say them.”
He emphasizes upon raised thinking levels and quotes Einstein, “We can’t solve problems by using the same kind of thinking we used when we created them.” He is a keen follower of Triple P philosophy (People, Planet, Profit) and says becoming a Thinking Corporation results in benefits to the corporation, customers, employees, all mankind and our earth.
David says that the employer-employee relations have evolved from master-slave to union intervention to the current age. The next level of relations is based on, “The Thinking Corporation” which is based on the philosophy that all people have the ability to create their own futures. Everyone is encourage to realize his/her own vision through cultures, systems and processes that facilitate the implementation of employee generated ideas.
He wrote “The Thinking Corporation” in 2007 after being a change agent as an external consultant for sixteen years. The book has inspired a corporate change program which results in innovative ideas for the organization and satisfaction (along with recognition) of contributing to organization success, to the employee. It not only addresses the birth and nurturing of innovation, but also focuses on the bigger picture of society and environment. The profits and entity vale follow naturally.
Though David is a change management consultant with international acclaim (he visits India also frequently), but I always joke with David, “David I know you can challenge any Goliath and you will emerge as a winner” So David, are you ready with the sling to hit Goliath right in his forehead?
He says, now is the right time for the corporations to change. Well, my time has also come to change into Indian Kurta Pyajamas (night suit) and have a good night sleep.
About Thinking Corporation
The Thinking Corporation examines the history of the relationship between employees and employers over the past one hundred years. It pays particular attention to the correlation between employees' personal goals and aspirations and those of the company. The conclusion reached is that companies often are not able to implement some excellent ideas from employees on either improvement to the current way of doing business or a completely new product or market. This is mainly due to the existing management structures and the absence of trust. Employees often don't tell anyone about their ideas for the fear that they will either loose ownership or not receive any recognition, or both. Often the result is that some very good ideas are implemented outside of the current employer organization, if at all. In summary, 'The Thinking Corporation' outlines the way for companies to avoid what we are now witnessing with large companies like General Motors, AIG and Citigroup in financial difficulty and receiving government assistance 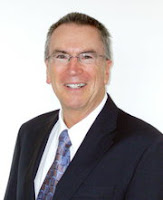