Talent is Cheaper than Table Salt

“Talent is cheaper than table salt. What separates the talented individual from the successful one is a lot of hard work.”
- Stephen King, Author

Carol Dweck led a fascinating study back in 1998 in which she and her colleagues worked with four hundred 5th graders and gave them a series of tests, mostly puzzles, and then praised them in two different ways with these six little words.

The first word set awarded intelligence, and innate talent, similar to how many parents and coaches (myself included) get trapped into talking about, and to, our kids. We say how smart they are, or how naturally gifted they are. The second word set praised effort, determination, preparation, grit. What the researchers were interested in, was how the kids would view their abilities, as fixed and unchanging or as malleable and able to grow and change with work.

In the next round of puzzles, the kids were offered a choice. They could try harder problems or easier ones. You guessed right, the kids praised for effort choose to attempt the harder problems. The kids praised for talent selected the easier problems because when you praise for innate talent, you create a form of status. If someone believes they have special talent and they are expected to perform well, then the thought of failing expectations becomes a liability. So to protect yourself as a “gifted and talented” individual we will choose easier tasks to ensure we have high performance.

In the next part of the study both sets of kids were given harder problems to solve and both sets of kids performed more poorly. But here’s the interesting thing. When the researchers asked the kids how they did on the problems, the kids praised for talent lied 40% of the time, presumably to maintain their social status as “talented.” However, when the other kids praised for effort were asked to tell their peers how they did on this set of questions, only 10% of them exaggerated their performance. They felt no loss of self-esteem from doing poorly on difficult problems.

Here’s where it gets really interesting. In the next phase of the study, both sets of kids were given problems comparable to the original set of problems. In terms of difficulty, this next set was just as challenging as the first. The group praised for talent had just had an ego setback in the earlier round, and did 20% worse than they did the first time around. They were told they were smart, then they performed poorly, and now attacking the same level of difficulty with decreased confidence they do 20% worse.

But the second group did 30% better this time around. There’s the difference – 6 words. But keep in mind there are a lot of ways to say, “You must have tried really hard.”

Carol and her colleagues use these kinds of effort or “process” praise: which is praise for engagement, perseverance, strategies, improvement, etc.

- You really studied for your English test, and your improvement shows it. You read the material over several times, outlined it, and tested yourself on it. That really worked!
- I like the way you tried all kinds of strategies on that math problem until you finally got it.
It was a long, hard assignment, but you stuck to it and got it done. You stayed at your desk, kept up your concentration, and kept working. That’s great!
- I like that you took on that challenging project for your science class. It will take a lot of work—doing the research, designing the machine, buying the parts, and building it. You’re going to learn a lot of great things

Next time you see excellent, praise the effort, the grit, the patience and hard work it must have taken to get there. You’ll not only be rewarding excellence, but also building growth and confidence. 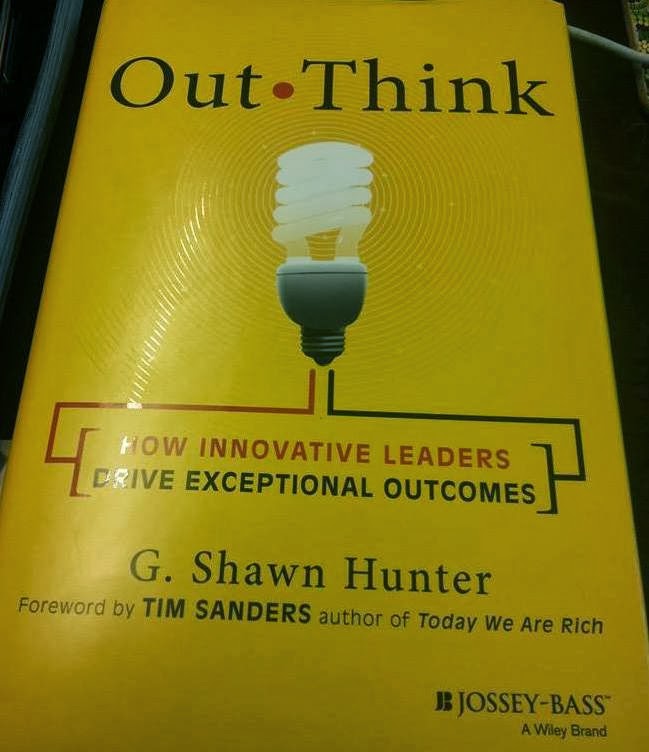 G. Shawn Hunter is the author of OUT THINK:  How Innovative Leaders Drive Exceptional Outcomes, as well as Vice President and Executive Producer for Skillsoft’s leadership video-learning products.