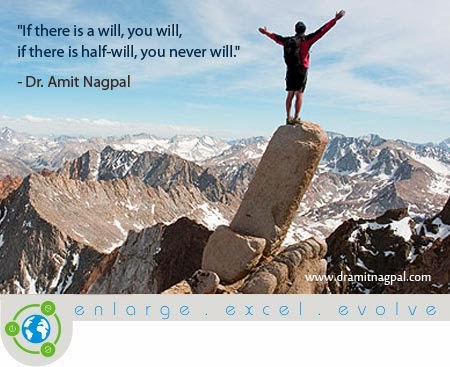 First she found her thrill (passion),
Aligned it with her skill
& began a daily drill (practice).
Then came the realization,
'Aha! this was divine will'.

Now all that she does is
'Just chill, chill just chill.

The Power of “Once Upon a Time”


Such are the ways of life

Sometimes life gives you a good deal.....and you settle down with a good stable life.

Sometimes life gives you a bad deal......and provokes you to settle for, “Nothing but the Best". 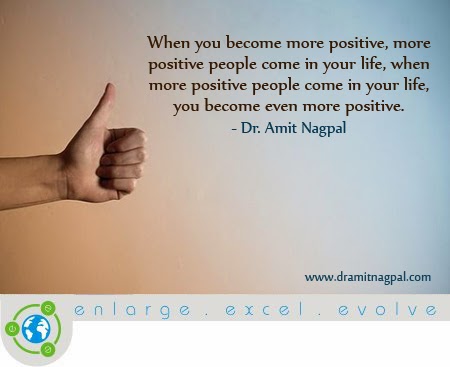 The irony of life is that by the time story ends, the good deal had remained a good deal, while the bad deal had ended up as the best deal.

"He finally solved the mysteries of life & decided to turn the tables. This time it was life, which would find him mysterious.

And the moment he looked at the vastness of the sea, he realized his own insignificance.

The tsunami of his life had come and gone long back. Yet it had left a powerful lesson to ponder over, "To discover the hidden treasures of both the sea and the soul......one needs heaps of patience and faith." He had finally begun to live in the moment and love in the moment.

Immersed in the joyful waves, he was in a state of trance,
For a beautiful moment, he & sea became, “One soul, One story",

Best in each other

She was his creative inspiration. He tried his best to give her unconditional love.
And they kept bringing out the best in each other thereafter.
----------------------

She began to fly above the clouds

Dr Amit Nagpal is Chief Inspirational Storyteller at AL Services. He is an Author, Speaker/Trainer and Coach. He is also a Social Media Influencer and blogs on Linkedin as LinkedIn Influencer-Marketing. His special interest and expertise lies in inspirational storytelling, anecdotes and visual storytelling for brand building. To know more, visit www.dramitnagpal.com.