Two Opinions on Uncovering Our Greatness

Dr Karan Singh-Amalgamating the Best of East and West 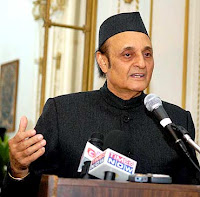 To me the presentation of the book The Seven Joys Of Life by Amit Nagpal was the introduction to a person I had never heard of: Dr Karan Singh (www.karansingh.com). I did not have the chance to travel to India for that presentation and meet both my friend Amit Nagpal and Dr Karan Singh. I remember by that time, by the beginning of August of this year 2012 which is finishing in a couple of hours, I was in Kiev. When I came back to Spain, I started finding out about Dr Karan Singh. I knew that if Amit had chosen him to present his book, there should be a good reason. So, I watched a video entitled “I Believe” based on Karan Singh’s life which I recommend you to have a look.

I must admit that I could not go very deep into his life and I know this article is just the beginning of an exploration journey to Karan Singh’s world, but I would like to share a little experience that happened to me a couple of months ago. I was researching on the Internet about ethics and I came across The Declaration Toward a Global Ethic of 1993 (http://www.global-ethic-now.de/gen-eng/0a_was-ist-weltethos/0a-03-capitel-3/0a-03-00-die-erklaerung.php). Guess what? One of the signers was Karan Singh. I think if I would not have learnt about Karan Singh through Amit Nagpal, I would have never paid much attention to that declaration. Actually, Karan Singh is working for the world interfaith or interreligion dialogue.

As I said at the beginning I could not be in India for the presentation of "The Seven Joys Of Life". However, there are other ways to be present, I mean, to be present in  spirit. We all are somehow interconnected and the proof of it is that, right now, while I am writing these lines, in Móstoles, Spain, I am listening to the Classical Instrumental Violin by Indian maestro Pandit V. G. Jog (http://www.youtube.com/watch?v=ZuFlYFI4ylw)  about whom I learnt just a couple of weeks ago from (thanks to her) my beloved friend Rachel Flowers (http://www.youtube.com/watch?v=itdy6kVQ9uw), who lives in California, USA, and has never been to India, but wanted this music as her birthday present this year. Finally, these words will travel from Spain to New Delhi and from there... who knows! Could you tell me please?

Alan Jacobs-Giving Western Touch to Indian Mysticism
Life is a Game with Rules; Meet The Exceptions
The book was impressive and, so must be the author, I thought. I had just read “Aim for the Stars, Reach the Moon” by Conor Patterson and was suitably impressed by its content. So I started researching its acknowledgements and other trivia (we consider it trivia, don’t we?). I found that Conor had written about a man called 'Alan Jacobs' (and had thanked him for his mentoring). The name ‘Alan Jacobs' sounded familiar and I recollected reading it somewhere in the friend list of a Facebook friend. 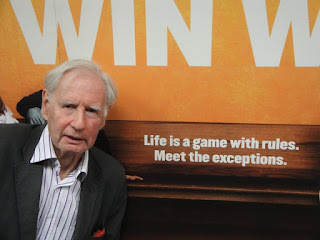 So I quickly found him out, connected with him on Facebook and began to research more about him. The man sounded weird at first, as he has been associated with diamond trade, professional life coaching, Indian spirituality, Armed Forces and what not. It was early 2011 and I requested him to mentor me as an author and emailed him my first e-book, "Spiritual Tools for Material Success". A good feedback from him gave me the conviction in my work and my journey as an author began in the real sense of the term (Sometime we may need a validation more than mentoring).

Born in 1929 in London, Alan was interested in religion and mysticism from an early age. He began his serious personal search for truth in his late twenties, and entered the Gurdjieff Society in 1957. Later on he met Jiddu Krishnamurti, and went through his teachings until 1979.Then he came across the sage Ramana Maharshi and currently Alan is the President of the Ramana Maharshi Foundation, UK. I love the enlightened whispers (or poetry), which Alan writes on his blog.

Alan Jacobs has written (including edited/verified) more than 30 books and was educated at several institutions including Irving School (USA), Coaching Academy, Regent Street Polytechnic Dept. of Business Studies and the Tailor and Cutter Academy.

Alan's first book was 'Dutch And Flemish 17th C Painters: A Collectors Guide for McGraw Hill'. His latest book, a Utopian novella 'Eutopia: The Gnostic Land of Prestor John' is based on agnostic principles of an emperor of Ethopia and describes the direct path to Self-realization popular in the kingdom.

When I saw this description as part of his author profile “He has been married three times, and has three children and five grandchildren”, I wondered whether we Indians would be able to include such a description in our profile. On the other hand I have seen couples suffering throughout their lives in India, but not gathering the courage to separate (it is changing fast with the new generation in metros though). Now Indians are also beginning to realise that the children of such marriages suffer rather than benefit because of the parents staying together.

So, if you are ready for the self-realization journey, I recommend that you enter the mystical world of Alan Jacob’s books.

(Though Alan stays in London most of the time, he frequently travels to Ramanna Ashram, Tiruvanamallai, India.)