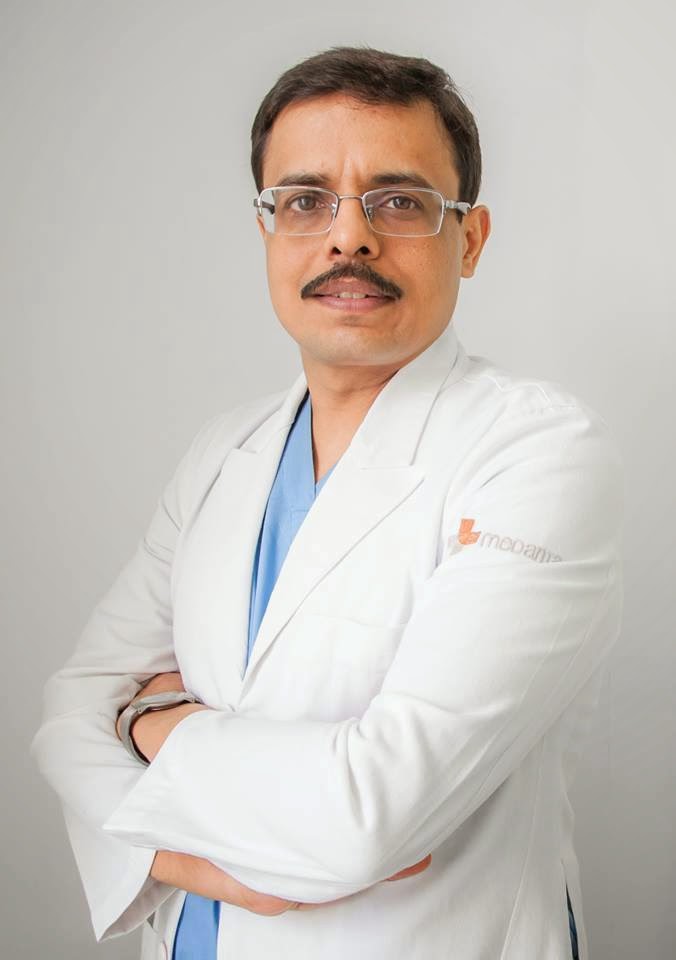 In nothing do men more nearly approach the Gods than in giving health to men. ~Cicero

Do we lack role models in India, who have achieved mega success with integrity and without short cuts? The role models are few, yet they exist nevertheless, the path is tougher, yet there exists a path nevertheless. You don’t need to escape abroad anymore and can rather find inspiration to write your own success story from professionals like Dr Vipul Gupta, who are worth emulating. Who knows this may inspire your turning point and you end up writing your own mega success story.

Neurosurgery and neurosurgeons, have always been awe-inspiring to me. Why not? The mind and brain have always fascinated me (or fascinate all of us rather). So those who perform intricate surgeries on this most delicate part of human body, are no less fascinating people.

Dr Vipul Gupta is currently Head – NeuroInterventional Surgery (Interventional Neuroradiology) in Medanta-The Medicity, one of Asia’s best multi-faculty super specialty hospitals located in Gurgaon (Delhi NCR). He is a caring, skilled professional, dedicated to simplifying what is often a very complicated and confusing area of health care. No wonder, in a list of “Top 10 Young Surgeons” in the country prepared by ‘The Hindustan Times’, on doctors/surgeons with the cutting edge, he is right at the top. It comes as no surprise that patients come to him for treatment from different parts of North India, middle-east, Africa and Central & South Asia.

What is Neuro Intervention?
In simple words, Interventional Neuroradiology(Endovascular Neurosurgery) is a medical specialty in which minimally invasive diagnostic and therapeutic procedures for cerebrovascular disorders are performed under radiological guidance. 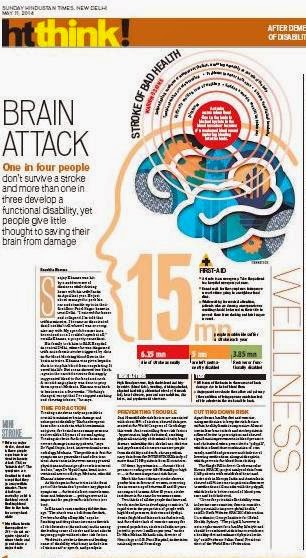 Background
Humble to the core, he attributes his success to his great mentors and the early exposure to the best medical techniques and technologies during his stints abroad. He considers Dr AN Jha (Chairman, Institute of Neurosciences, Medanta), his best mentor, who besides mentoring him has also extended him full support in creating systems, structures and processes in his department. ‘Vipul’ means large and plenty, and Dr Vipul, true to his name is a large-hearted human being and a man of abundance mentality.

Educated at the best institutions (DPS- RK Puram,  Maulana Azad Medical College and later post graduation from Safdarjung Hospital) and trained at the best hospitals in India and abroad (at AIIMS for a long while as faculty / Associate Professor), Dr Vipul subsequently became Head of Neurointervention at Max Super Specialty, New Delhi. He has an admirable precision, which is so critical in his profession.

(To read the article/see image on left, click here) 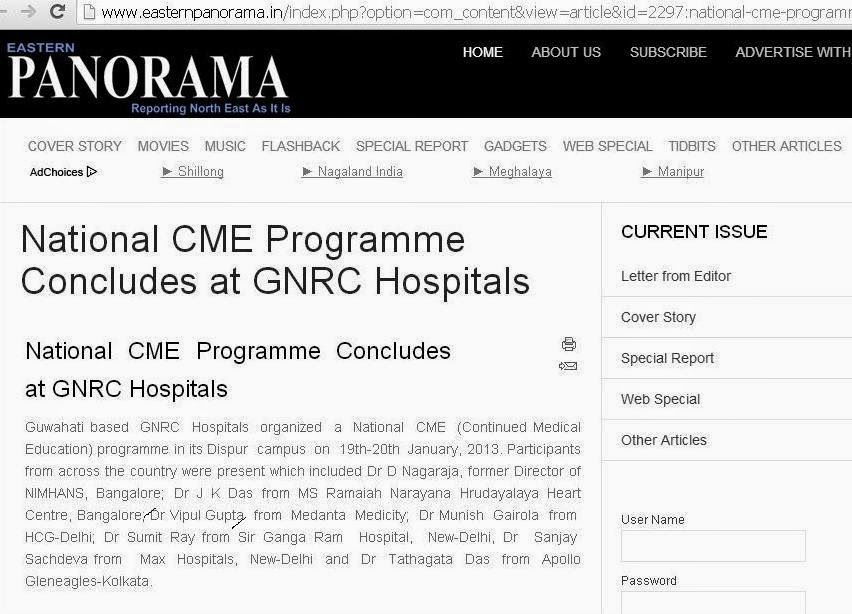 A very emotionally stable person, who can be a doting father next minute, he believes, “Surgeons can’t be emotional. Only with a calm mind, you can think clearly”. At 44, Gupta heads neuro-intervention at Medanta, and has a keen interest in creating systems and processes.  On the hobby front, he likes swimming, rafting and rock-climbing. He points out with a humorous note, how he broke his knee twice at school in outdoor activities which forced him to lie in bed and study (and helped him crack medical entrance examinations). He also loves listening to music and watching television in the evenings to relax.  (Image-Faculty at National Continuing Medical Education Program)

“Neurosurgery is tough, but I always knew the challenges. It is a branch which is tough but can bring out the best in you.” he points out with a noticeable passion.

A Doctor or a God-A Story?

He always explains the patients that human body, particularly brain is very complex and medical science is still learning about it. Therefore when a doctor treats it, it is like a human being treating something made by god Therefore doctors can only do their best but without guarantees.

He shared an interesting story of how he puts in his best efforts, yet brings down the unrealistic expectations of attendants/patients to realistic levels. This points to the integrity in his approach.

"An attendant with a patient walks in. He is a rich and educated man and has come in a Mercedez Benz. In a panicky state, as the relative has been hit by a stroke, he inquires about the surgery cost and also requests the doctor for a guaranteed cure. Dr Vipul replies, “Who do you visit, when your car needs repair?” The gentleman replies, “Of course the authorized showroom of Merecedez.” 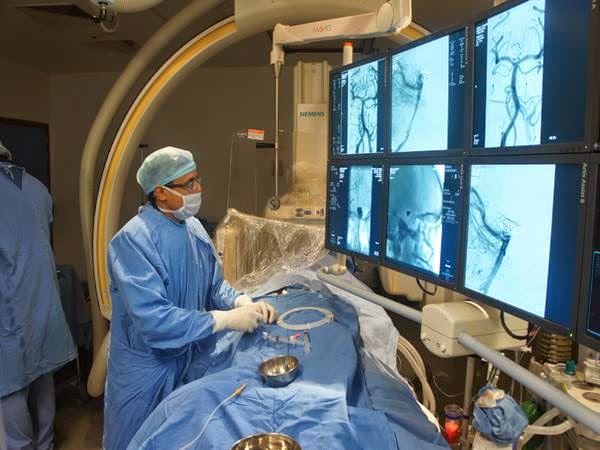 Dr Vipul continues, “So when your car needs repair, you go to the people who manufactured/created it. And who created you and your relative?” The attendant replies, “God of course” Dr Vipul explains, “So ideally for the repair of a human being, you need to go to God herself. But I am not God, I will put the best of my efforts, without guarantees.”

He adds, "The attendant is able to understand the limitations of a doctor. The doctor proceeds for the surgery and the patient comes out of the operation theater healed. And the patient and the doctor live happily thereafter." (A happy ending here, but not always. The patients and attendants begin to treat him like a God, but he does not want to be one.)

Medical Approach
He has an admirable precision, critical in his profession. He holds high standards of integrity and ethics and does not shy away in discussing the ground realities with the attendants of the patient. No wonder his reputation and credibility has traveled far and wide.

He emphasizes, “We always perform surgeries in teams and team orientation is very crucial for success in our profession. Yet it is sometimes a challenge as a leader to lead a team of people of diverse backgrounds and cultures.”

He specializes in intracranial aneurysms embolization (coiling), ArterioVenous malformation (AVMs) and tumour embolization, Angioplasty and stenting of arterial stenosis including carotid stenting, Intra-arterial Thrombolysis for stroke and Percutaneous spinal procedures such as vertebroplasty and other interventional procedures etc.

The Brainy Battle Goes On

He keeps travelling across North India to train the medicos especially the neuroscience professionals. He has contributed more than 45 publications in journals, 7 chapters in books and more than 40 abstract (paper) presentations in Indian and international conferences. He has also been visiting Professor in UMASS General Hospital, Boston, USA. He is a member of several professional bodies and is especially keen on creating stroke (brain attack) awareness among public and medical community. (Image-Medical facilities at Medanta)

Once a pioneer, always a pioneer


He was among the first in India to use dedicated intra cranial stents and 3D-DSA for aneurysm embolization, to perform intra cranial venous sinus stenting and one of the few full time Neurointerventionists specializing in endovascular interventions in Stroke.

Here is a list of his fellowships, and other achievements, which go on and on.

He has a slew of achievements, academic contributions and of course patient stories and testimonials which further validate his strong professional credentials.

No grey areas here, but loads of “Grey Matter”
What surprised me the most about him is that he can discuss a philosophical subject such as Indian culture and ethos, as easily as he can discuss the precision and techniques of neurosciences. He shared some very interesting observations on the challenges of creating systems and processes in India, where people often trust people and relationships, more than they trust the systems and organisations.

Enough of grey matter now, I think. With a dose of medical terminology and discussions on brain, interrupted by a hundred phone calls, my brain is getting dizzy now. Let me rest now and come back with more. 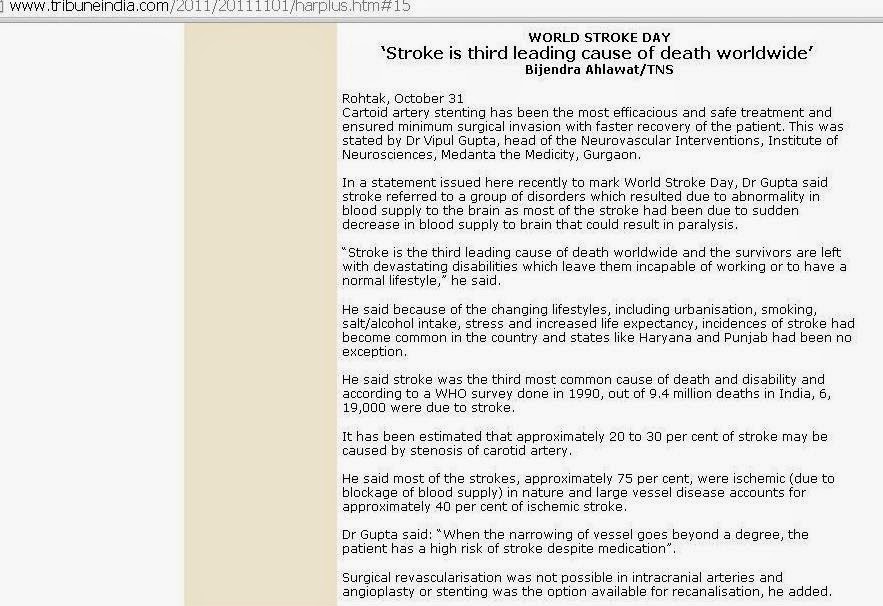 Dr Vipul Gupta is currently Additional Director & Head–NeuroInterventional Surgery in Medanta-TheMedicity. He has an admirable precision, which is so critical in his profession. He has received several awards including IMA Award – 2006, I.M.A. Academy of Medical Specialities Award- 2007.

He lives in Gurgaon with his wife and two kids. His wife Dr Nupur Gupta is also a well known gynecologist popularly known as the Human to Human doctor.