Steve Brant-Interview with the Grand Guy of Innovation and CSR

(Global Leaders who have Enlarged, Excelled and Evolved into Global Personal Brands) 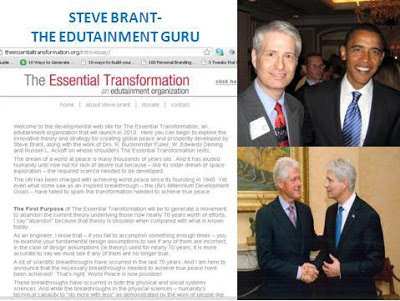 “The Universe has a perfect timing for everything. I got connected with Steve Brant long back (via a great Transleader Jennifer Sertl, President & Founder, Agility 3R) but we had little interaction. One day I came across an image (comfort vs magic zone) on his profile and it caught my attention. Then one day, I shared my Social Media and Global Social Trends presentation with him and Steve and I developed mutual admiration. Now the time had come for a chat.

I began researching about Steve and was surely impressed by his academic credentials and achievements. Steve is an engineering graduate of Massachusetts and has received  management education from New York University's Stern School of Business. He has been associated with UNO projects (UN Global Compact) and reputed American publications like Fast Company and Huffington Post and has also appeared on Fox News. He has also been associated with World Entrepreneurship Society and W. Edwards Deming Institute.  Steve has also spoken at prestigious platforms like "The Economist" Conference on Innovation. His current project (The Necessary Transformation) is inspired by well known TV series Star Trek. It supports the 100 Year StarShip initiative which is also supported by former US President Bill Clinton.”

Dr Amit Nagpal: I really loved your comfort vs zone of magic image. How can we assist people to come out of the comfort zone and move to the zone where magic happens? 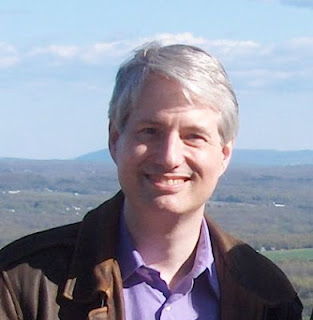 Steven G. Brant: I think they have to learn that it's safe to do so... not a risk to their reputation (or to their financial well-being...or - worst case - to their health). But in addition to eliminating fear, I think we need to motivate them by saying that doing so will feed their desire to "leave a legacy". Dr Stephen R Covey (The 7 Habits of Highly Effective People) - who died this past July - talked about "4 L's of motivation"

Dr Amit: Wonderful! Tell us something about your blog on “The Huffington Post” about how Wall Street is suicidal.

My personal opinion is that the people in Wall Street live very very out of balance lives.  They make money without doing anything that contributes to society. I'll explain a bit further...Traditional banking does contribute to society. We need people to help us raise capital to buy a house or a car or start a business. But we don't need people to develop ridiculously complex "financial products" that make money by claiming to "sell" lack of risk... or sell whatever else Wall Street claims to be selling. It's a very crazy concept they've come up with... making so much money from activity that just pushes paper around.

But they somehow managed to create this business model without anyone challenging them on a moral or ethical level.  It's - to me - a crime against humanity. Sometimes I wonder if anyone in Wall Street ever goes to church.
http://www.huffingtonpost.com/steven-g-brant/wall-street-is-suicidal-i_b_567073.html


Dr Amit: What are the activities Trimstab is into? How do you co-relate CSR with brand building?

Steve: Trimtab has been "on hold" since I moved to California last year. But I have formulated a new plan, which I talked about in my 100 Year StarShip presentation.Trimtab Management Systems' purpose has always been to educate people about the option we have to make the world work for everyone through peaceful cooperation. Regarding CSR and brand-building...I believe business can benefit from being associated with a movement to transform society, a movement to shift the economic system from "you or me" to "you and me".

Dr Amit: Why do you think America needs to reset its thinking?
Steve: That's a big question. We call ourselves the "exceptional nation"... but some of us think the "exception" is we should never question what we are doing... that we never make a mistake.  That is very wrong. What makes America "exceptional" is the vision of the Founding Fathers of equality of opportunity for all.

Dr Amit: What are social systems and what are the areas of innovation you are into? What were the main points in your talk at “The Economist” conference on Innovation?
Steve: Buckminster Fuller tried to reset America's thinking. But I believe he was ahead of his time...Too far ahead to get that change in thinking to happen. Social systems are one step above biological systems. Social systems are directed by people's thoughts, ideas, and intentions and they are either driven by fear or by hope.

The area of innovation I am focused on is the elimination of fear ( a very long term project ) from how human social systems are organized. And the way to eliminate fear - which I talked about at The Economist's conference - is to rally people around a positive, inspirational goal. The goal of world peace has been talked about - at a formal, world government level - at least since the founding of the United Nations in 1945.

So, what I am talking about is nothing new. I just have an innovative approach for how to get there... an approach based on W Edwards Deming and Russell L. Ackoff's pioneering work.

Dr Amit: I have been personally a fan of Deming and his influence on Japanese management and quality concepts. Tell us something about the UN Global compact and the LOHAS?

Steve: Deming’s view of Systems Thinking - as applied to how people work together - was more sophisticated than Bucky's. Deming offered a detailed plan for how to drive fear out of the workplace... and, eventually, out of the whole of society.

The Global Compact is a UN initiative to shift the value system of the business world on a global basis.Unfortunately, the Global Compact was organized and is led by people who think analytically. They do not think of whole systems. They think in terms of improving the parts one at a time. This is tragic... because they miss the transformation of the whole system that is possible. Their way of thinking does not let them see this at all.

LOHAS is a social - business network for people who want to live healthy lives.  LOHAS stands for Lifestyles of Health and Sustainability. The members of LOHAS are business people who provide products and services that help people do this.

Dr Amit: You also talk about abundance which I think is related to the Law of Attraction. It works in the sense of thoughts becoming things and destiny
Steve: I think Oprah Winfrey helped popularize that movement a few years ago. The power of thought is huge... something I learned about by studying quantum physics in the late 1980s. Here is the main point about quantum physics...The universe exists as a collection of probability waves (my way of saying it). At any time, the universe can be many different things. But when we measure - using scientific instruments or just our eyes and ears - the universe, those probability waves collapse into one, concrete reality.

Thanks Steve for sparing your precious time and sharing your voice with us.

------------
Brief profile
Steve Brant is the Founder & Principal of Trimtab Management Systems, through which he has developed and advocated strategies for creating a globally sustainable future since 1996.  Steve's work is based on the work of Systems Thinking pioneers R. Buckminster Fuller, W. Edwards Deming, and Russell L. Ackoff as well as the public education efforts pioneered by the First Motion Picture Unit of World War II and the 1955 partnership between Walt Disney and Wernher von Braun.  Steve's new initiative, The Necessary Transformation, will launch in 2013 in support of the 100 Year StarShip project led by former astronaut Dr. Mae Jemison.
To know more about Steve, visit his Linkedin profile and Blog