November 22, 2011
Amitabh Bachchan, the Indian film industry's evergreen superstar is known across the world for his acting talent. Here is his personal brand analysis. 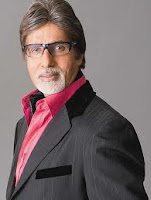 AB or Big B remains the biggest role model of our times in spite of minor controversies always surrounding him. There have been stories of his linkages with politicians like Mulayam Singh, Bal Thackeray lashing out at him due to his loyalties to UP rather than Maharashtra, financial upheavals to the level of mortgage of his house, his not successful stint as member of Indian parliament, his relationship with Gandhi family which went haywire, his company ABCL which miserably failed and so on.

Amitabh like any big celebrity attracts controversies, to the extent that he had a very poor relationship with media at one point of time. But his magic refuses to die. Young women continue to be his crazy diehard fans besides their older and male counterparts. What is the reason behind such a strong and powerful brand and a magic which just, just refuses to fade?

Negative attributes
Linkages with politicians, Failure as a politician and businessman

The brand story
In my opinion the major factors which have contributed to his powerful brand include charismatic personality, humility, acting skills, interpersonal skills, confidence, wittiness, consistent track record as actor/professional and something mysterious called Lady Luck. His passion and dedication as an actor and his message of love for his fans is definitely the focal point. The determination with which he fought against life after the Coolie film accident and the prayers which came from across India make him a demigod.

Though some who take the high moral ground may say that Amitabh is not the perfect role model due to his extra marital affair, but in my opinion no human being is a perfect role model in that case (saints not living a worldly life excluded) In my opinion we should avoid being judgmental about others (and only Mrs Jaya Bachchan has the right to be judgmental in this matter.) Every human being has some failures and weaknesses and putting someone on the pedestal or expecting perfection is our mistake, not the mistake of Mr Bachchan.