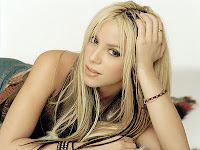 The overall brand
Shakira is an all in one as she is a business woman, singer, dancer, lyricist, music director, live performer, social activist, model, representative of UNUICEF, adviser to US President and so on.

Positive attributes
It is an open secret that she is rich, beautiful and famous but the lesser known side is that she is also polite, hardworking, kind and intelligent and is used to speaking out his mind or the truth. She connects with her audience very well. She enjoys inspiring people to dance along with her and prefers the limelight on the audience rather than herself. She not only uses her mind and voice to communicate but rather her entire body.

She has given a guest lecture at Oxford University.

Negative attributes
Controversies surrounding her personal life, her statement on make up is considered as stereotyping of women.

The brand story-Success Mantras
She is very particular about her exercise and diet. She is very fond of green vegetables and salads and completely avoids smoking, drinking and non-vegetarian food. She never loses her cool in spite of constant provocation from the media and all the controversial stories around her. She is very dedicated to her work and is particular about even small things. 34 year old Shakira can go to any extent to bring professionalism and perfection in her work.

She prefers bitter truth to sweet lies and has even had the courage to be transparent about her personal life. She once said, “I never leave without make up because I am a woman.” Nobel Prize winner Gabriel Garcia says that one cannot think of anything else when one is attending Shakira’s show as it is so absorbing. She has won several awards including Golden Globe and Grammy.

Never shy about her English with a Spanish accent, Shakira has charged up to Rs 63 crores (1 crore Euros) for a private performance. She expressed her desire that US should be sending 30,000 teachers rather than 30,000 soldiers to Afghanistan.

On the whole I completely agree with what Mr Prakash Hindustani has conveyed through the blog title, “At the top, with the union of mind and body.”