August 24, 2011
This blog seeks to speak to the magic of learning that causes change not to its initiation, engagement nor maintenance.  Instead it seeks to introduce the concept and its relevance in today’s learning environment.  The first times one of the authors discovered the magic of learning occurred when his students and he unlearned all that they knew about learning – all the conditions, all the limitations, all the baggage.  This new reality created a space of mutuality, where everything and everyone was open to the newness of things to come.  While the second author experienced similar magic in a context of change management.  This blog shares some experiences from both the authors and looks at the mutuality of their insights called the magic of learning and change.

Much research has been written about learning, including our own. We have agreed that for most of our academic, learning and development career, and irrespective of societal, cultural and political realities – most people tend to look at learning in a very conditioned manner and more so as a problem that needs to be fixed.   This results in an approach that  raises the question, “How do we get students, employees, teams, and leaders to learn?”

The typical response is “We will send ‘them’ on a course” or “We will ‘train’ them” and the world will be alright. Has this approach worked?  Is the world a better place?  What is it that we really want???? Research shows us that this approach to learning facilitates 10 percent retention of what was taught. Is this where learning occurs? Is this when learning occurs?  Is this learning? Or have we instead outsourced responsibility to an external design – instead of harnessing commitment and passion from within, giving participants a choice to learn and a choice for change.

It has been the experience among ourselves and others – that when learning really occurs it’s magic – beautiful, exciting, enjoyable and blissful. 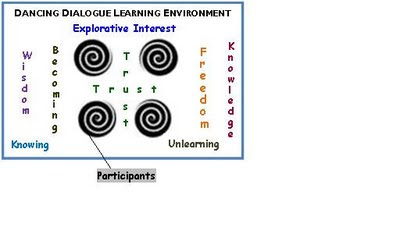 It was then that the first author’s amazing students created the term dancing dialogue – and this term remains pervasive until today as we continue to engage in ‘dancing dialogue’ as the key to the magic of learning. Within moments we had co-created a space where we all embraced an intrinsic desire to grow and learn individually and collectively, fully respecting the divergence while open to and fully embracing convergence.

Then co-creation emerged from the context of a dialectical approach to intercultural communication – but from there on all of us had embarked on a non-linear journey – being able to see beyond cause and effect, singular outcomes dominant worldviews and conditioning. Once the journey began, we individually and collectively reached amazing heights.

In that exploration we found Habermas’ levels of interest quiet significant and we made a connection. Habermasian posited three levels of interests; these include technical interest which relates to our basic attitude that allows us to exert control over the natural world; emancipatory interest which relates our desire to move from domination to freedom; and practical interest which relates to our basic human need to interact and work toward understanding.
Thus we concluded when our interest is linear and technical, it seems to be extrinsic in nature.  On the other hand when we allow ourselves to interpret and enter the practical level – we look at our own meaning and learning becomes intrinsically ours.  We begin to connect with knowledge, knowing, wisdom as an internal source while concurrently inviting others to share from their own internal sources. We framed this second level a circular space – with no beginning or end – connected to ourselves beyond ego, control, competition – a safe space.

When, we went beyond the horizon of our understanding and out of the circle we entered the space of exploratory interest and freedom indescribable and a trust that all is perfect.  In that space permission is neither sought nor approved - permission simply is as energy flows - this is where magic lives and the dancing dialogue reigns leading to new horizons and intrinsic change.

Since the space created represented an outpouring among all – we were able to export that magic into various aspects of our lives – we had effortlessly formulated a new way of becoming what we learned. We are all still magic makers of the dancing dialogue enabling and empowering unlearning, courage, compassion and love to express everyone’s voice while facilitating others to do and be the same.  It’s welcoming our own horizons and interests beyond the limitations of formalization and rigidity.

As the dancing dialogue and the levels of interest rise randomly and organically, connections and energy occur and this allows the magic to happen.  Such magic manifests itself in a realm extending far outside of the physical self or way of being, and begins to be pervasive in most levels of interaction.

This magic of the dancing dialogue was then freely shared by the author as well as his students and travelled far - creating a space of magic enabling both learning and change. As time went on the author shared this magic in different contexts as a facilitator, coach and healer.

When the two authors shared the article there was a dawning on both their parts, as they recognized it was in the way they both worked.  They discovered that their approach was similar although in different countries and time zones – the magic of working with people, as described was mutual.   The creation of an environment of freedom and choice (individually and collectively) balanced with a connectedness between what is extrinsic and intrinsic to each invariably enabled participant.

Over the series of this blog more concepts and applications will be explored.  The magic is to co-create a mutually agreed intent, not outcomes, not actions, not goals, but an intent that enables benevolence, the greatest good for all, and the second step is to embrace models and methodologies organically.
Coauthored by: Patrick Fuss and JAnn-Marie Jarrett 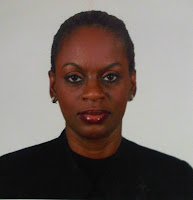 JAnnMarie Jarrett
An intuitive, spiritual and eclectic pracademic with a first degree in tourism management, a second degree in human resources management blended with profound compassion used to release others through counseling, coaching, facilitation and empowerment. 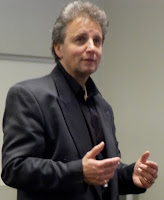