Forgiveness as Tool for Transformation

Certainly not because somebody tells you to. That's the worst possible reason. You won't mean it and you won't follow through.

You forgive because it benefits you. It gives you permission to move on with your life and stop giving free rent in your head to people who have hurt you. Why would you want to reward and empower those people by allowing their hurtful conduct to keep repeating itself in your mind? Take your power back by focusing on what you want to do with your life. 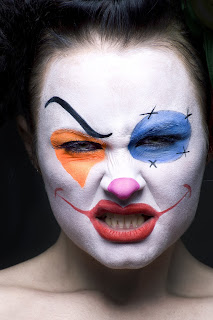 Forgive yourself. You did the best you could with the resources you had.

Forgive those who have hurt you so you can take your power back and move on in your own life. To forgive does not mean to forget. If you forget, you haven't learned the lessons you were intended to learn. If you forget, you won't change your own conduct - the conduct which contributed to the hurt you experienced.

It is not your job to forcefully change other people's hurtful conduct or pressure them to beg for your forgiveness. That puts you into self-righteousness. They need to forgive for themselves, if and when they are ready and able. It is your job to protect yourself from their hurtful conduct by telling them how you feel, asking them to stop, and asking them to start doing things differently. If they can't or won't, you may have to remove yourself from the relationship or ask them to remove themselves from your presence. In the process, you empower both yourself and them.

A Powerful Video on Forgiveness

This video says it all. Have a box of tissues ready. 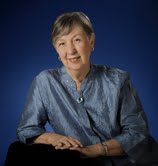 
Forgiveness gives peace and unburdens the heart and soul.

No, it’s not easy to forgive at times, nor will forgiving always help. It may be easy to forgive our juniors but it may be difficult to forgive parents, teachers, doctors, superiors because we expect them to be more mature. We expect some people and professions to be perfect, but no one is perfect. Grudges which result from lack of forgiveness can be slow poison.

Why and when should we forgive?

Forgive in your own interest

We should forgive simply because we and the wrongdoer both deserve to be forgiven. When we forgive, we lessen the burden on ourselves. If we don't forgive ourselves for our past mistakes, we'll carry guilt throughout our lives.

Once a lady who was having severe knee pain went to a sage and complained about her sister and how she had been seriously harmed because of her. The sage asked her to forgive and remove the grudges from her mind. She told the sage that if the sage were in her position, he, too, would not have been able to forgive her, so serious was the harm and hurt caused. The sage had to make lot of effort to convince her that by keeping grudges and not forgiving her sister she was harming herself. Finally, she was able to forgive her sister and as soon as she forgave, her knee pain started disappearing. 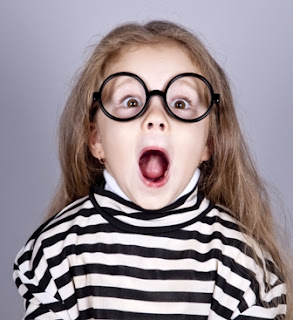 Forgive because we are human

Human beings will always make mistakes and sometimes lose control over themselves. Understanding this human vulnerability helps us forgive. When we set an example of being forgiving, we, too, are forgiven for our mistakes.

While reading Lord Buddha's story, it was interesting to note that his cousin was jealous of Buddha's enlightenment. He even made an attempt to kill the Buddha, but Lord Buddha continued to be compassionate towards the cousin. Remember, people are not really jealous of your success; they are rather frustrated with their own failures.

When not to forgive?

My ex-boss Brigadier C. Mukesh (retired from Indian Army) once told me, “If I have 5,000 people in my team and I forgive 5,000 mistakes (one each), it may cause drastic damage.” Easy forgiveness at the workplace can make people less alert (and professional) and team members may start taking their jobs lightly.

Dr Amit Nagpal is Chief Inspirational Storyteller and Mega Success Coach. He is based in New Delhi, India and specializes in personal branding with a holistic touch. His philosophy is, "Enlarge as a Human Being, Excel as a Social Media Being and Evolve as a Personal Brand"
To know more about Dr Nagpal, visit www.dramitnagpal.com. Contact for personal branding/social media speaking/training/coaching. If you have doubts about the power of storytelling on social media, connect with Dr Nagpal, on Linkedin or Twitter and see for yourself.
Dr amit nagpal forgiveness Janet Smith Warfield tools for transformation Two Perspectives When to forgive Why forgive wisdom wisdom within Word Sculptress