A Guest Post on Results & Intentions by Rory Kelly Connor 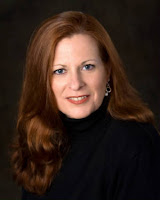 Results! I want results! It’s all about results! Sound familiar? Of course it does. It’s what businesses focus on. It’s how we measure progress. It’s how we track effectiveness. Results are want we want. Results signify power.

If you aren’t getting the results you set out to achieve, you are ineffectual, static, weak. Right?

In business, yes, that’s often right. It means the strategy is flawed, someone is not doing the work, they don’t know how to make it happen, they are operating from fear, they aren’t bold enough, they underestimated the market, they take no for an answer…and the list goes on. I’ve been in business serving clients around the world - including companies of all sizes and individuals from numerous backgrounds - to know how to get results. I know what works and what doesn’t. I am all about solutions and results.

And what I also know is this – when the results aren’t happening, something else is going on. There is an agenda operating that’s more powerful than the desire for said results. Whether it is the coaching client who won’t move a muscle to step towards her heart’s desire or the company that continues to maintain ineffectual leadership that repeatedly puts the company’s interests at risk, there is clearly another agenda in place that is determining the ability to reach stated results. The state of affairs in Washington, DC, crippled by partisan power games and political interests, is a perfect example of an organization that says it wants results and solves little. The problems still remain and often the solutions they activate create more problems.

Let’s Look at the Results
When working with clients, whether in a coaching capacity or dealing with strategic projects, part of the process is evaluating where they’ve been and where they want to go, and working with them to create the bridge that will get them to the other side. Part of the process is examining the current state of affairs, basically the current results.
People often have an idea of what got them where they are now, that state that is not where they declare they want to be and now want to change. And usually they believe that it was an error, a failure, a long list of mistakes and bad choices that got them there. They think it was weakness, laziness, stupidity. The truth is they are partly right, and they are often dead wrong.

Did it ever occur to you that the mistakes and failures, the bad choices and errors were chosen by people to stay true to a deep seated promise, a conviction, a truth, or a desire to which a person is fully and powerfully committed to protecting? Key words here are committed and powerfully.

When we are committed to something or someone, some belief,  we have incredible power within ourselves to do amazing things to keep that commitment. We see this exhibited every day. A parent will rush into traffic to save their child from being hit by a car. Secret Service without hesitation will dive in front of a bullet to save the President. A co-worker will jump into a vat of acid to save his colleague on a construction site (happened recently!). And a suicide bomber will blow up himself and family members in the name of God to promote religious intolerance. Deep commitment. Extraordinarily powerful people.

Now think about the people you know who keep self-sabotaging themselves or their businesses. Maybe you are one of them. Your results don’t match your stated desires. You are behaving in a way, often repeatedly, that gets you nowhere closer to where you want to be. I am here to tell you that you are extremely powerful and committed. And you are successful. Why? Because your results match your true intentions. You are powerful in your commitment to those intentions.

For instance, the woman who says she wants to lose weight, diets a little, works out a little, then rewards herself for her hard work by enjoying her favorite fatty foods, stays in a holding pattern with no change in weight (her results). She will tell you her intention is to lose weight. Yet, her true intention is buried deeper. Having been raped by an abusive boyfriend, she keeps the weight on to protect herself from other men, from being hurt again, from being attacked again. Protection is a powerful intention. And she does indeed keep suitors at bay, and achieves the results of her intentions. Until she deals with this issue, her fear, she will stay committed to that intention first. By uncovering and shining light on her true intention, she can heal and change that intention to a new one that will allow her to let go of the weight.

A business I worked with recently is another example. The European-based company had just entered the U.S. market and was struggling to get a foothold in a competitive arena. The company’s stated intentions were to create market share and then take the company public in an IPO. Yet, early on, I noticed that the company was hampered by its nepotistic loyalties to the company’s founding members, including leadership that was making choices that only allowed the company incremental growth at a time when they could have been achieving significant market gains.

Working backwards in examining these results with the CEO, I uncovered his true agenda. He said he wanted the company to have a successful IPO. Yet, his actions were often operating slowly (dragging feet style) and he was taking the company in circles. His true intentions were two-fold. He was protecting the jobs of members on his founding team even though they were no longer able to provide the leadership needed to take the company forward in a bigger market. And he was protecting himself and his position, moving slowly towards the IPO, because he thought it might become apparent in a publicly-traded arena that he was no longer the man to do the job. Powerfully committed to these intentions, he was successfully creating the results of his true intentions. By seeing this, we were able to work together to change his intentions and create new intentions – and a new vision for his company and his future – that would create his stated results.

Both of these individuals were not lazy, weak, or ineffective. Instead, they were deeply powerful and productive. They made it happen. They were being true to their intentions and creating the exact results they intended. And they can do it again, this time with new intentions that will strategically manifest the positive outcomes they desire.
Guess what? So can you.
-----------
Brief Profile
Based in New York and New Jersey, and serving clients worldwide, Rory Kelly Connor is a Global Coach and Global Solutions Strategic Advisor/Branding & PR Expert. For more information, please visitwww.canyouimaginelifecoaching.com.

Can You Imagine Life Coaching LLC © 2012