"Successful = Super Human" and Other Stories of Wisdom 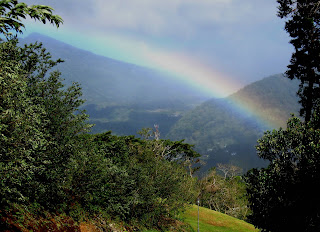 "Is a successful person supposed to act superhuman or godly?", she asked him.

"Even if I am in a bad mood, I am quickly branded as arrogant because success supposedly makes people arrogant", she sounded irritated.

Story is the Bond

"So you think the relationship between grandparents and grandchildren is more beautiful", she asked him.

"In a way yes. Story is the bond", he answered.

"Grandparents tell stories. And that creates bonds?", she asked.

"Yes and yet there is something more powerful. Parent-child relationship has a story paradox. When children want to tell their stories, parents are busy with their careers and lives. When parents retire and have time to listen, the grown up children have no time for stories. Only with grand parents you develop the story bond", he explained.
-----------------------------


The Flight of Imagination

"I am going out with my friends for a week. From where will you get your inspiration now? And how will you write your stories?", she teased him.

"Don't worry about that. I can just look at your photo, gauge your mood and environs thoroughly and draw my inspiration. And then my story will take the flight of imagination", he replied confidently.

"So you win again", she felt like the defeated captain.

"No I lose again. Because my stories will be melancholic for a week. They'll miss you badly", he continued.

"What makes you such a daring risk taker my dear?", he asked her with a surprised look.

"My parents lived a very ordinary life because both of them were scared of risks and adventure. I think when we live under one extreme, we are curious to experience the other extreme", she replied in her adventurous spirit.

"I don't understand your love hate relationship with your dad", he asked her gently.

"Throughout our childhood he had too much of a soft corner for my younger sister and a hard corner for me. I, being a sensitive child hated him for sure", she replied.

"And then what was the twist in the story?", he asked.
"We had gone to a doctor to get dad treated for depression. And he told us of his mental illness which makes his behavior too hard and too soft", she continued.

"Human beings get bored with everything sooner or later. You must have got bored of me by now?", she asked him.

"Yes I think so, to be brutally honest", he took marriage to the edge every month.

"What?", she sounded completely bugged.

"And when I am feeling bored, then you smile that sweet smile. And I fall in love once again with its irresistible magic", he spoke the afterword.

Half of the Story

"Why do we act so selfish and insensitive at times? Is it the basic human nature?", she asked him.

"Humans are basically good. At times we jump to conclusions too fast, assume things not known to us and then act based on half of the story.", he replied.
"We don't even try to find out the rest half?", she continued.

"If only we do that, we would change the very story of humanity", he was quick.

(All characters appearing in the stories above are fictitious. Any resemblance to real persons, living or dead, is purely coincidental. © 2016, Dr Amit Nagpal )